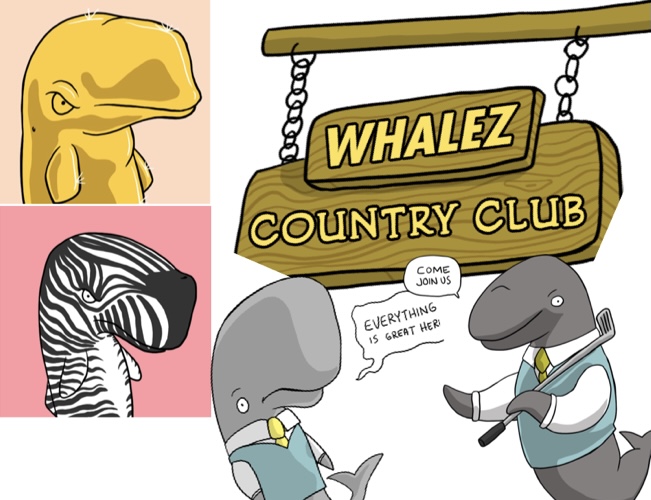 Whalez is an NFT project inspired by environmental conservation, brought to life through community engagement. Whalez aims to spread global awareness by raising funds for endangered whales, the marine ecosystems they inhabit, and replenishing oceans that have been mistreated for decades as a result of human actions. Therefore, Whalez will be donating a portion of every sale (2.5%) to organizations that align with this goal. Whalez is the beginning of something larger than an NFT initiative, where art and utility move beyond the blockchain to truly save the underwater giants of this miraculous blue planet. But every story starts somewhere…

It’s 2140. Most animals that are nearly extinct have their DNA stored on the blockchain. While the last Bitcoins are mined, humanity is amidst our dominance of interstellar travel. We’ve discovered black holes are indeed portals to parallel timelines. But as the fabric of spacetime begins to tear asunder, wealthy crypto-whales hodl humanity’s assets & blockchain DNA in WHALEZ, the digital replacement of endangered whales, that can withstand interstellar transport to dedicated servers outside the Milky Way galaxy. Only WHALEZ can make this trip to the edge of our universe, storing value for themselves and the rest of humanity. Only WHALEZ can save us now, then, and forever. #WHALEZLIFE

Grab A Whalez NFT on OpenSea